Notice: Trying to get property of non-object in /var/www/html/wp-content/plugins/wordpress-seo/frontend/schema/class-schema-person.php on line 152

Notice: Trying to get property of non-object in /var/www/html/wp-content/plugins/wordpress-seo/frontend/schema/class-schema-person.php on line 230

Notice: Trying to get property of non-object in /var/www/html/wp-content/plugins/wordpress-seo/frontend/schema/class-schema-person.php on line 236

Each year, the UNAVSA conference programming committee works year-round to bring North American Vietnamese and Asian leaders, all at the forefront of their fields and communities, to speak about their experiences in industries and fields ranging from academia, to politics, to art, and more. We’re proud to announce presenters and panelists, all of whom are extremely passionate about Asian-American representation, empowerment, and engagement. 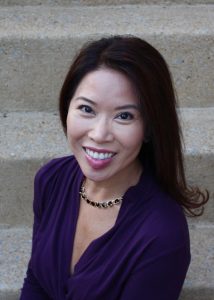 r in the U.S. Department of Labor’s Office of Legal Services, Office of Inspector General.  Prior to entering federal service, Le served as a distinguished career officer in the Air Force JAG Corp.

Some of Le’s notable accomplishments include her hand-picked appointment to the Air Force Court of Criminal Appeals, presiding as the first Asian-American appellate court judge.  Previously, Le ruled on hundreds of Air Force criminal cases as the first Vietnamese-American trial judge and directed prosecution of criminal defendants as a Senior Prosecutor.  Le has also successfully defended federal agencies and senior-level governmental officials in federal courts with multi-million dollar outcomes at stake.

In addition to her achievements as an attorney, Le has a breadth of experience in executive positions, heading both large and small-sized legal organizations including worldwide legal operations consisting of 800+ personnel.  Also, as the headquarters-level general counsel to the Air Force’s premier criminal investigations organization, she led domestic and international operations guiding over 1,600 federal special agents and staff on complex investigations and national security programs.

Through demonstrated excellence, Le earned top honors and distinctions to include the Air Force Outstanding Attorney of the Year.  Additionally, the Office of the Director of National Intelligence conferred on her the ODNI Distinction Award for Le’s work on combatting terrorism and violence.  Le has also been recognized with multiple accolades for career accomplishments, receiving the elite Legion of Merit, Meritorious Service Medals, and approbations for her distinguished combat zones service throughout the Middle East. 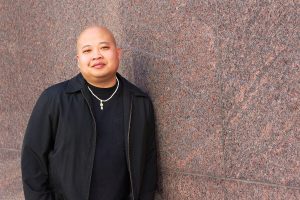 is an actor, playwright, and stand-up comic. He has done film and theatre in Denver for fourteen years. Peter wrote his play, Boat Person, in 2015, and has won the regional award for best production from the American Association of Community Theatre.  He is currently writing the second act to Boat Person, and hopes to have the full work published and produced in the near future. 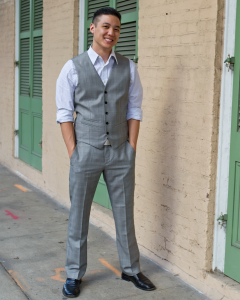 is an experienced leadership trainer, adventurer, life coach, and specializes in bringing out the best in others.  Dat is the founder of Nolalight, where he helps people discover their career passions so that they can pursue what they love to do. He is currently an educator for 450 students, in which he teaches cognitive skills, such as planning and forward thinking.  For the past decade, he is known for his high energy seminars that instill confidence within the audience, especially within UNAVSA conferences. Dat facilitates discussions and activities to improve soft skills for professionals who want to communicate better with others. In addition, he enhances leadership qualities by implementing an everyday “win condition”.  Dat’s goal is to be able to network and create positive mindsets for those who are ready to gain confidence and become great leaders within their careers and communities. Along with his motivational coaching, Dat was very involved within his Vietnamese Student Association and for 6 years served multiple positions, which included positions from secretary to VSA president. Furthering his involvement, in 2012, he also served as a former External Vice President for UNAVSA. During his two year term, he spent a lot of time traveling across the continent and proudly represented UNAVSA and its’ values especially in youth leadership development. Within each region and VSA, Dat wanted to show potential leaders that taking on a position and leading an organization can be fun. Ultimately, Dat teaches others to be a guiding light and spreads the positivity with the lessons and stories he shares: “Spread the Light and Be the Light.” 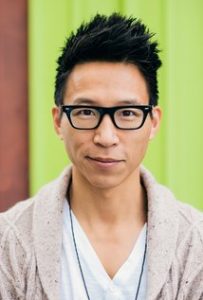 was Biology major at UCLA where he discovered the theater group LCC (co-founded by Randall Park and Michael Golamco). Currently, he is a Writer/Producer in both digital and traditional media. Prior to joining Wong Fu Productions to write and produce digital content (Away We Happened, Everything Before Us, Single By 30), he worked in traditional development at Cherry Sky Films (Better Luck Tomorrow, Puncture, Ping Pong Playa). Dinh, recently co-wrote and produced the award-winning feature film “Crush The Skull” and a digital pilot for Disney Channel, “Parker and the Crew” with co-writer/director, Viet Nguyen, Storm Entertainment and others. 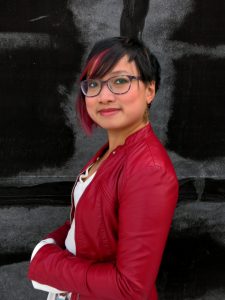 is currently the associate editor of American Theatre magazine, where she has a monthly column with the magazine focused on Equity, Diversity and Inclusion. She is also the founder and producer of American Theatre’s biweekly Offscript podcast. In 2014, Diep led the creation and launch of AmericanTheatre.org, the first official website for the magazine. She is also a freelance journalist, whose writing has appeared in the New York Times, Playbill, Time Out New York, TDF Stages, Backstage, and Salon, among other publications. Diep has a bachelor’s in English and Art History from the University of California, Los Angeles. She received her master’s degree in arts journalism from the Goldring Arts Journalism Program at Syracuse University. In 2015, she was a critic fellow at the National Critics Institute at the Eugene O’Neill Theater Center. 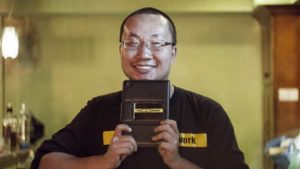 oversees the creative content for YOMYOMF (YOMYOMF.com), director Justin Lin’s (STAR TREK BEYOND, FAST & FURIOUS franchise) Asian American-centric digital company, and has worked in various capacities in film, TV, theater and digital. He was the co-founder/co-Artistic Director of Lodestone Theatre Ensemble, an Asian American theater company, for ten years.  Chung most recently wrote/produced HELP, Google’s first live-action 360 degree VR project directed by Lin, and co-wrote/produced HOLLYWOOD ADVENTURES, a Chinese feature which opened in China at #1 as well as overseeing projects for Disney Channel, Legendary, Entertainment One, IFC and others. He is currently producing the KNIGHT RIDER reboot as well as developing projects for Warner Brothers, Comcast/NBCUniversal, IMDb, Ovation TV, Perfect Storm Entertainment and others.

UNAVSA wants to know what YOU want to know about! For the first time, attendees can submit questions to the keynote, Philip Chung, prior to conference. We hope you are as excited as us to hear his thoughts on Asian representation from politics to entertainment, as well as his perspective on writing, producing, and all things creative. Please read Philip’s biography and submit your question here.